The story behind Saskia’s support

Saskia first attended our centre three months ago after she had been assessed by our orthopaedic team and diagnosed with a partial tear of the left hind superficial digital flexor tendon following a laceration injury which had resulted in a flattening of the foot and recurrent lameness despite periods of rest. There was also a 1.5cm diameter soft tissue swelling at the site of the laceration.

Saskia was recommended an orthotic which would allow our team to initially immobilise the lower limb to allow a stronger tendon repair to take place and to gradually increase loading of the tendon. An impression of Saskia’s limb was made and a bespoke orthotic fitted whilst she also underwent LASER therapy to optimise the tendon healing. 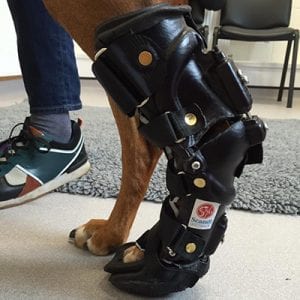 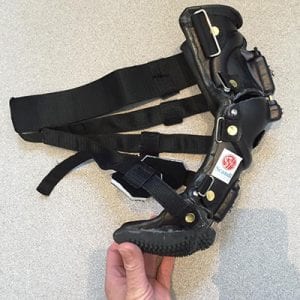 The images show how the soft tissue swelling resolved, with a significant improvement after just 3 weeks of treatment, and at 12 weeks her foot posture had been restored to normal. 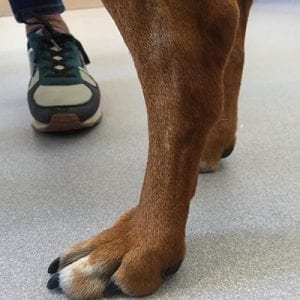 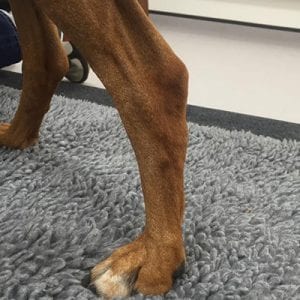 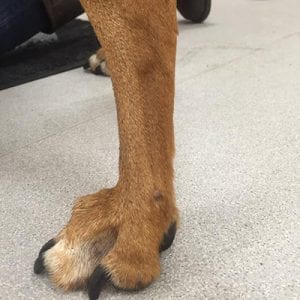 Thank you for being such a wonderful patient Saskia!