Archie the Labrador recovers from Tetanus

Archie, a fit and healthy seven-year-old Labrador Retriever had been limping because of a split nail and was given some painkillers at his local practice. Three days later he started being sick, which was thought to be a reaction to the pain relief medication. He was given a course of antibiotics to treat the infected nail.

“We noticed that Archie’s eyes looked smaller, and the muscles in his face were becoming rigid,” recalled Archie’s owner Reshma Bajaj. “So we rushed him straight back to our local vet practice.” 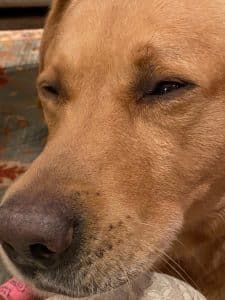 Archie was given intravenous fluids but continued to deteriorate so was referred as an emergency to Davies Veterinary Specialists where he was diagnosed with tetanus and placed in intensive care.

Tetanus is caused by a toxin produced by the bacteria Clostridium tetani. This bug is fairly widespread, though dogs have a high natural resistance against it. The disease develops when a wound becomes infected, allowing bacteria to grow and the toxin to be generated and to seep into the nervous system. Once there, it interferes with nerve cell communication, preventing muscle relaxation and leading to uncontrolled muscle spasms.

How is Tetanus in dogs treated?

Treatment of a dog with tetanus involves neutralising toxin that is already in circulation, wound care, stopping further toxin and counteracting the impact of the toxin on the nervous system using muscle relaxants and sedative drugs. Dogs with severe generalised tetanus often need intensive care for a few weeks. This is the time that the nerves need to recover from the damage caused by the tetanus toxin. The prognosis for dogs with severe generalised tetanus is guarded. Once the dog has survived this difficult period, they can make a complete recovery and go back to their normal doggy life. 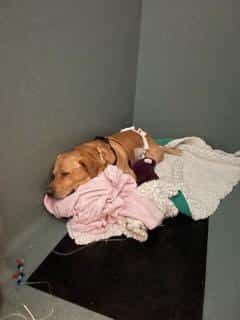 Archie remained in intensive care at Davies for two weeks until he was well enough to continue his recovery at home. 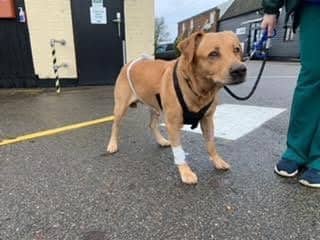 Being aware of the early signs of Tetanus

Archie’s owners wanted to remind other owners of the dangers of this potentially fatal disease. “We can’t thank Davies enough for nursing Archie back to health,” said Reshma. “We don’t want anyone to go through the suffering Archie experienced, so we urge all dog owners to make sure they are aware of the risk of tetanus and the early signs. If in doubt get straight to the vet because early detection is vital.”

Emilie Royaux, the Veterinary Neurology Specialist who treated Archie advised that the best way to avoid tetanus infection is to ensure that wounds are clean and to see your local vet if you are at all concerned. 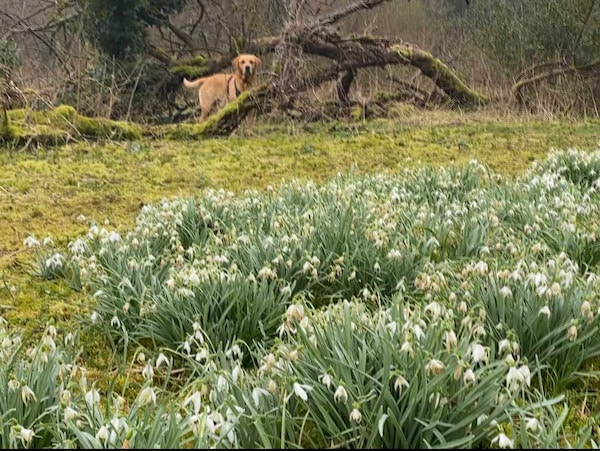 Click here to find out more about the Neurology service at Davies Veterinary Specialists.