The puppy, now named Mickey, not only made a complete recovery but also captured the heart of the veterinary nurse who cared for him and found a home for life with her. 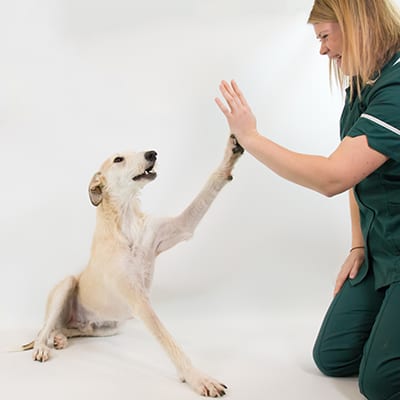 The six-month-old lurcher was taken to Scott Veterinary Clinic in Bedford with a mid-diaphyseal transverse fracture of the tibia and fibula in his hind leg. The dog’s owner was unable to pay for the treatment so opted to disown the dog and leave him at the practice. Without prompt surgery from a Veterinary Orthopaedic specialist, the puppy at best faced amputation of the limb or, at the worst, euthanasia. 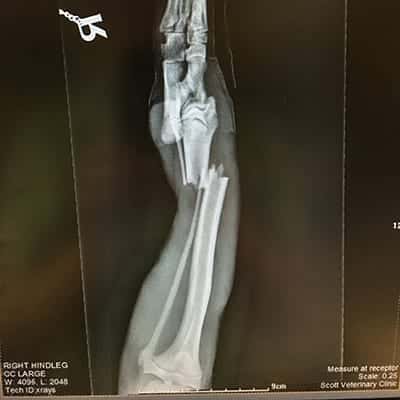 Scott Clinic’s Vicki Fabon put in an urgent call to Davies, asking for help. To her relief the puppy was immediately admitted on a pro bono basis.

Our Veterinary Orthopaedic team performed the fracture repair through a medial approach to the tibia and with the aid of a femoral and sciatic nerve block. The fracture was reduced and stabilised with a Synthes 3.5mm locking plate placed in compression. Mickey recovered very well from surgery and was walking on the operated limb within 24 hours.

“It was really rewarding to be able to help such a lovely dog,” said Mickey’s Orthopaedic Surgeon. 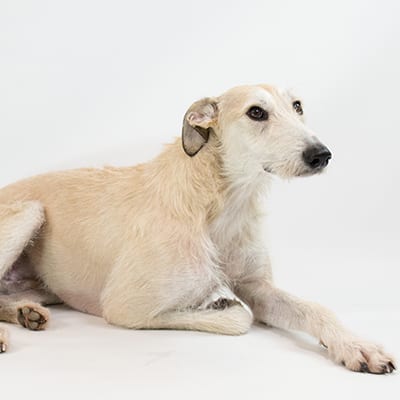 Now, one year on, it’s almost impossible to tell that Mickey once had a very badly broken leg. He has been adopted by Veterinary nurse Hayley Mills who looked after him at Scott Clinic. Hayley is now employed by Davies and Mickey comes to work with her every day.

Vicki Farbon Clinical Director at Scott Veterinary Clinic said to Davies: “We would just like to say a huge thank you for your help with Mickey. Thanks to you guys he still has four legs! It was such a kind gesture to help that has gone above and beyond what most specialists would ever offer.” 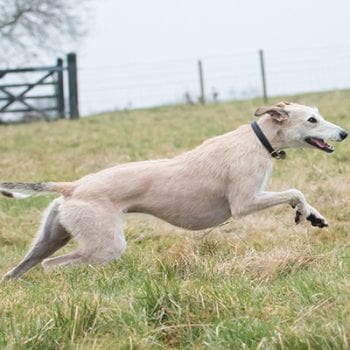