This is his story… 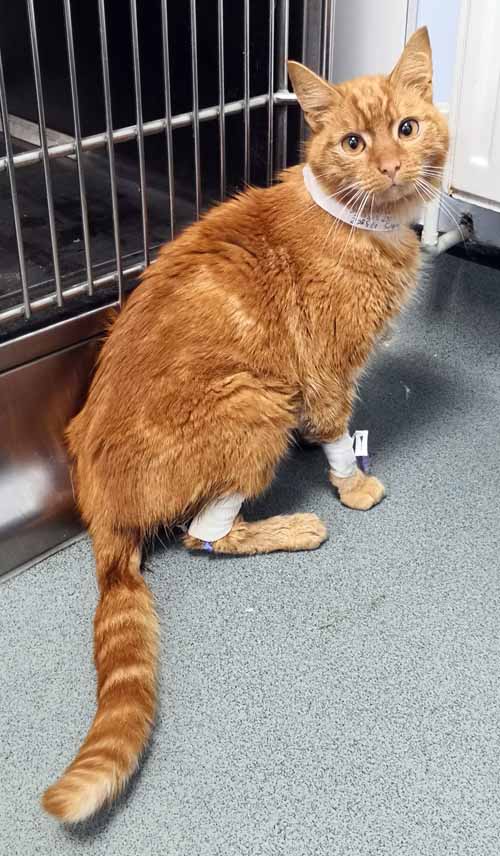 Tibbs is a 3 year old domestic shorthaired cat. He had been leaking urine since he was a year old and had not responded to treatment.

He was referred to Davies Veterinary Specialists to see our Internal Medicine Specialist Anna Threlfall.

Our investigations identified an abnormally dilated right kidney and ureter (tube connecting kidney and bladder). This right ureter also failed to enter the bladder in a standard position. The left kidney appeared normal but suspicions were also raised about whether the left ureter entered the bladder normally.

Tibbs was internally transferred to Smita Das, one of our Veterinary Soft Tissue Surgery Specialists to perform an exploratory surgery to explore the paths of the ureters.

Surgery confirmed the findings of a dilated right kidney and ureter. Both ureters were found to be ectopic, which means neither was opening into the bladder and were opening further down in the urethra. Smita was able to surgically redirect urine flow into the urinary bladder rather than into the urethra.

Recovery was initially smooth, although four days later we identified leakage of urine into the abdomen.

Tibbs underwent revision surgery to find and plug the source of leakage, which was identified in the urethra. Following this a urinary catheter was placed and Tibbs slowly recovered over several days. His kidney parameters had increased after the initial surgery, but these were found to have normalised by the third day after the second surgery. 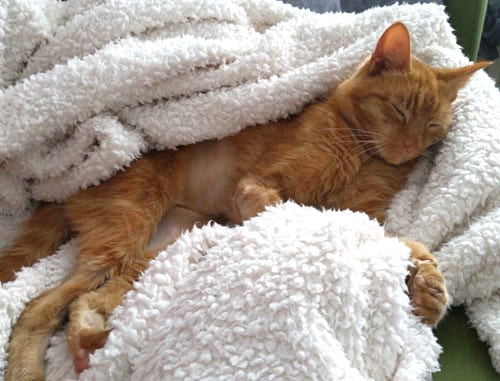 Tibbs had his urinary catheter removed and was passing puddles of urine frequently, indicating an ability to urinate but with signs of cystitis; a constant drip or leakage was not noted. The stress of being in hospital can contribute to cats developing cystitis and Tibbs was allowed home to help speed his recovery.

Since being back at home he has made a great recovery, his cystitis signs have resolved and he is starting to gain some weight back.

Tibbs was nominated by one of his kennel assistants Elisha Bagnall, as he remained a friendly, cuddly boy despite everything he was going through. He made her day everyday while he was hospitalised with us and was overall a star patient!

To find our more about our Internal Medicine service, click here.

To find out more about our Soft Tissue Surgery service, click here.