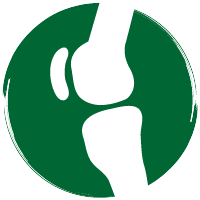 In this fact sheet, our Veterinary Orthopaedics specialists discuss the causes of cranial cruciate ligament (CCL) rupture in dogs, signs of CCL, surgical and non-surgical options for treatment plus what to expect during the recovery period.

What is the Cranial Cruciate Ligament and why is it so important?

The CCL is one of many ligaments within the stifle (knee) joint. Its role is pivotal to the stability of the stifle and it acts to prevent certain movements within this joint including hyperextension, excessive internal rotation and the tibial shear force. This sheer force results from the dog loading the limb and, if unopposed, would cause the tibia to move forward in relation to the femur.

What are the consequences of its failure?

When the CCL fails, these abnormal movements are no longer restricted. This causes the stifle joint to move in a way for which it wasn’t designed. This will cause pain by overloading other structures within the joint. The meniscus is one such structure and is frequently damaged when the CCL fails. The menisci are shock absorbing structures within the stifle joint that protect the cartilage.

A further sequel to CCL failure is the establishment of osteoarthritis. However, although there are signs that osteoarthritis develops rapidly following CCL failure, most dogs that present to us in the early stages of CCL failure are painful because of the joint instability and direct consequences of this, rather than the osteoarthritis. Osteoarthritis may however become important years later and it is sensible to attempt to reduce the effects of this by appropriate conservative treatment (see osteoarthritis information) combined with any surgery that may be required for the CCL failure.

How and why does the CCL fail?

Some dogs present with sudden onset lameness following an overload injury to the ligament. This may be due to hyperextension or excessive internal rotation. Common scenarios would include trapping a foot in a hole whilst running or cornering at speed whilst pivoting on one leg. These sudden overload injuries are the common cause of CCL failure in man but are uncommonly seen in dogs.

The vast majority of dogs that we see at our clinic are suffering from progressive degenerative failure of the ligament. In these cases the weakened ligament fails by normal forces acting on it. This is in contrast to the situation seen above where a healthy ligament is overloaded.

Why does the CCL degenerate and fail?

This is a very good question and much research is currently being aimed at resolving this issue. Currently, we know from epidemiological studies that there are certain predisposing factors. These include:

Certain breeds appear to be predisposed including the Newfoundland, Bull Mastiff, Rottweiler, Golden retriever, Labrador retriever, Boxer and West Highland white terrier. There is some evidence that there may be a genetic basis to this in certain breeds.

Certain conformations appear predisposed including those with an upright stance and those with marked bowing of the hindlimbs.

Body weight also appears to be a risk factor with overweight dogs being overrepresented in those dogs with CCL failure.

What are the consequences of CCL failure?

The inevitable sequel to CCL failure is joint instability, lameness, pain and the development of osteoarthritis.

How do I know if my dog has ruptured the CCL?

This will be assessed by the veterinarian following a thorough history taking, clinical examination and radiographic inspection of the stifle joint. Occasionally joint fluid analysis and further methods of imaging including arthroscopy or magnetic resonance imaging (MRI) may be needed. However, in most cases the history and clinical examination provide sufficient information to make the diagnosis.

What can be done about it?

Some small breed dogs with normal stifle bony anatomy may do well without surgical intervention. Your veterinarian will be able to discuss with you whether this is a possible course of action for your dog. This conservative route may involve restriction in your dog’s activity levels, weight management, pain relief and physiotherapy and hydrotherapy.

However, the vast majority of dogs with CCL failure have ongoing and progressive stifle pain and instability. These dogs need surgical intervention to improve their outcome.

What surgery can be done?

There are hundreds of different techniques described which aim to treat CCL failure. They can simply be divided into those that attempt to passively restrain the abnormal joint movements or those that actively oppose this by changing the forces that act through the joint.

Passive techniques have been used for over 40 years. They include ligament replacement techniques and suture tethering techniques. Active techniques were initially developed in the 1980’s and include tibial plateau levelling procedures and tibial tuberosity advancement techniques. They have many proponents and seem to be particularly appropriate in young large breed dogs affected by CCL failure or those dogs with abnormal bony anatomy. Your veterinarian will be able to discuss the pros and cons of the various techniques with you and suggest which may be most beneficial for your dog.

Dogs may take up to four months to fully recover from cruciate surgery. The first six post-operative weeks require the greatest degree of restriction in the dogs’ activity levels. Animals should be confined to one level of the house, taken outside on a lead for toilet purposes and short walks and be restricted from activities likely to overload the repair. This would include free running, jumping up, climbing stairs and running on slippery surfaces. Some people with laminate floors have temporarily carpeted this for the post-operative period and we’ve also known some owners to sleep downstairs during the recovery phase so their dog can avoid the stairs!

Clinical and possibly radiographic examination of your dog is usually required six weeks post operatively. This will allow clinical assessment by your veterinarian and discussion of your dog’s progress and future plans. In the vast majority of cases, animals can usually start to increase their activity levels following this visit and also may benefit from hydrotherapy at this stage. The aim is for a full return to exercise three to four months following surgery.

What level of function can I expect?

Although dogs will inevitably develop osteoarthritis following CCL failure, most dogs return to excellent function following surgery. Our Veterinary Orthopaedics team have operated on a number of working dogs that have had bilateral cruciate surgery (both hind limbs affected) and have gone back to full work. Maintaining a light body weight and active lifestyle are important parts of the post-operative management.

What about food supplements?

The most important aspect in managing these dogs post operatively is to prevent the dog from becoming overweight and to adopt an active lifestyle. Regular, frequent but not excessive exercise is usually best. Food supplements including glucosamine and fish oils may provide some benefits although results are not definitive at this stage.

If you have any further questions about cruciate ligament disease you should speak to your veterinary surgeon who will be able to discuss this with you more fully.

We’re proud to be a centre of excellence in Orthopaedic care for cats and dogs.

Read about the latest patients treated by our Veterinary Orthopaedics team.