Keril the sphynx was presented to Anna Threlfall of the Internal Medicine department at Davies Veterinary Specialists when he was just 12 weeks’ old following a lifelong history of a right sided abdominal swelling. This was noticed by the breeder when he was very young and they were reluctantly considering putting Keril to sleep due to this abnormality, but he was taken on by a loving new owner who wanted to help him. 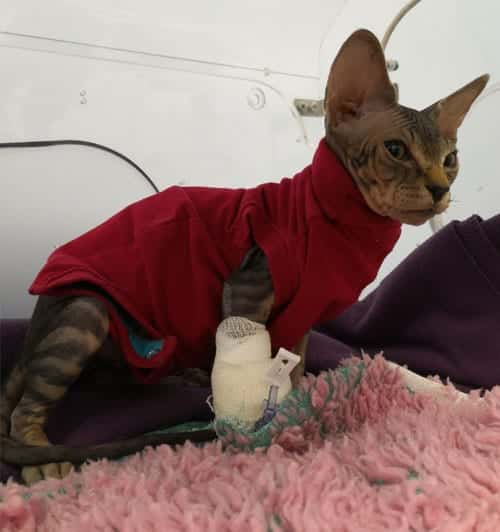 Keril’s primary care vets approached Davies to see if we would be able to see him under our pro bono scheme.

We run the scheme whereby on average one case a month receives free treatment. All requests need to be submitted by the primary care vets and we assess each case on its individual merit. Patients that are likely to achieve a full recovery following specialist care, but are otherwise precluded from referral because of their owners’ particular circumstances, are favoured.

On presentation to the veterinary Internal Medicine team at Davies, Keril was very bright and wriggly.

Examination revealed a grade III/VI left sided systolic heart murmur. Rhythm was normal and he had synchronous pulses. Abdominal palpation revealed a large abdominal mass, which was occupying the majority of the abdomen. Keril was a little uncomfortable on palpation of this mass.

Keril was admitted and an echocardiogram was performed by a veterinary cardiologist to establish safety for sedation: mild tricuspid, aortic and mitral regurgitations were detected and there were false chordae tendinae within the left ventricular chamber. These changes were not considered clinically relevant at the time, although monitoring is advised. A radiologist performed an abdominal ultrasound examination under sedation which revealed severe right hydronephrosis and right hydroureter. The ureteral papilla was not clearly identified on the right and therefore an ectopic ureter was suspected. The left kidney appeared normal, though was compressed by the very large right kidney. Bloods and a urine sample were collected and confirmed that the left kidney was functioning adequately, and there was no concurrent urinary tract infection.

Keril was admitted for five days under the care of Carolyn Burton from our soft tissue surgery team.

A ventral midline laparotomy revealed a very large, hydronephrotic right kidney. The caudal vena cava was adhered to the ventral aspect of the right kidney, which was carefully dissected from the outer capsule. The right ureter was severely dilated and circumcaval. This ureter bypassed the bladder and extended caudally into the pelvis. The ureter was excised cranial to the pelvic brim in order to minimise trauma. Throughout the procedure, it was noted that all tissues were very thin, which made dissection of the abdominal structures challenging. The procedure was without complication and Keril recovered quickly and uneventfully. 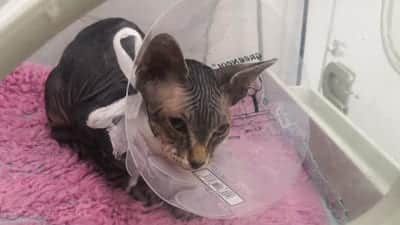 Keril recovered from surgery as if nothing had happened and he was discharged within 48 hours!

The owner reports he is back to his cheeky self and is growing well. The prognosis is excellent and we look forward to hearing updates as he grows up. 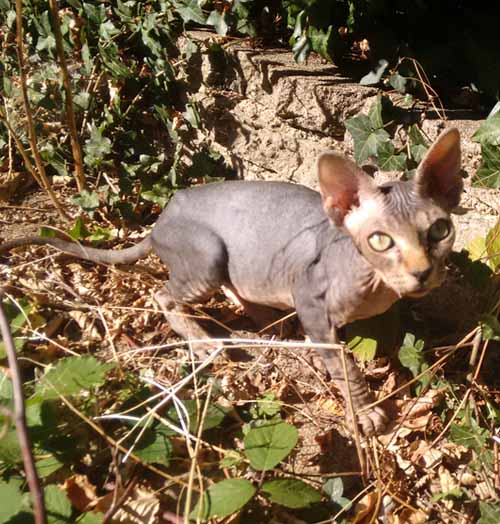 Keril’s story has also been featured in a Vet Times article – read it here:

To find out more about our Internal Medicine service, click here.

To find out more about our Soft Tissue Surgery service, click here.