Like many dogs of his age, 11-year-old crossbreed Larry was on non-steroidal anti-inflammatories to help his osteoarthritis.

However, he’d been finding it increasingly difficult to clamber in and out of the car for several months. More recently, he had become stiff and weak in his forelimbs, with a degree of muscle wastage in his right forelimb; this was the same leg from which a tumour had been removed in 2014. He was also becoming unsteady in his hind limbs, prompting his local vet Cuffley Hills Veterinary Centre to refer him to Pete Smith, Neurology Specialist at Davies Veterinary Specialists.

Larry was becoming stiff and weak in his forelimbs and progressively more unsteady in his hind limbs. He was on medication for osteoarthritis and four years previously a tumour had been removed from his right forelimb. His condition was worsening rapidly so he was referred to Pete Smith, Neurology Specialist at Davies for further investigations. 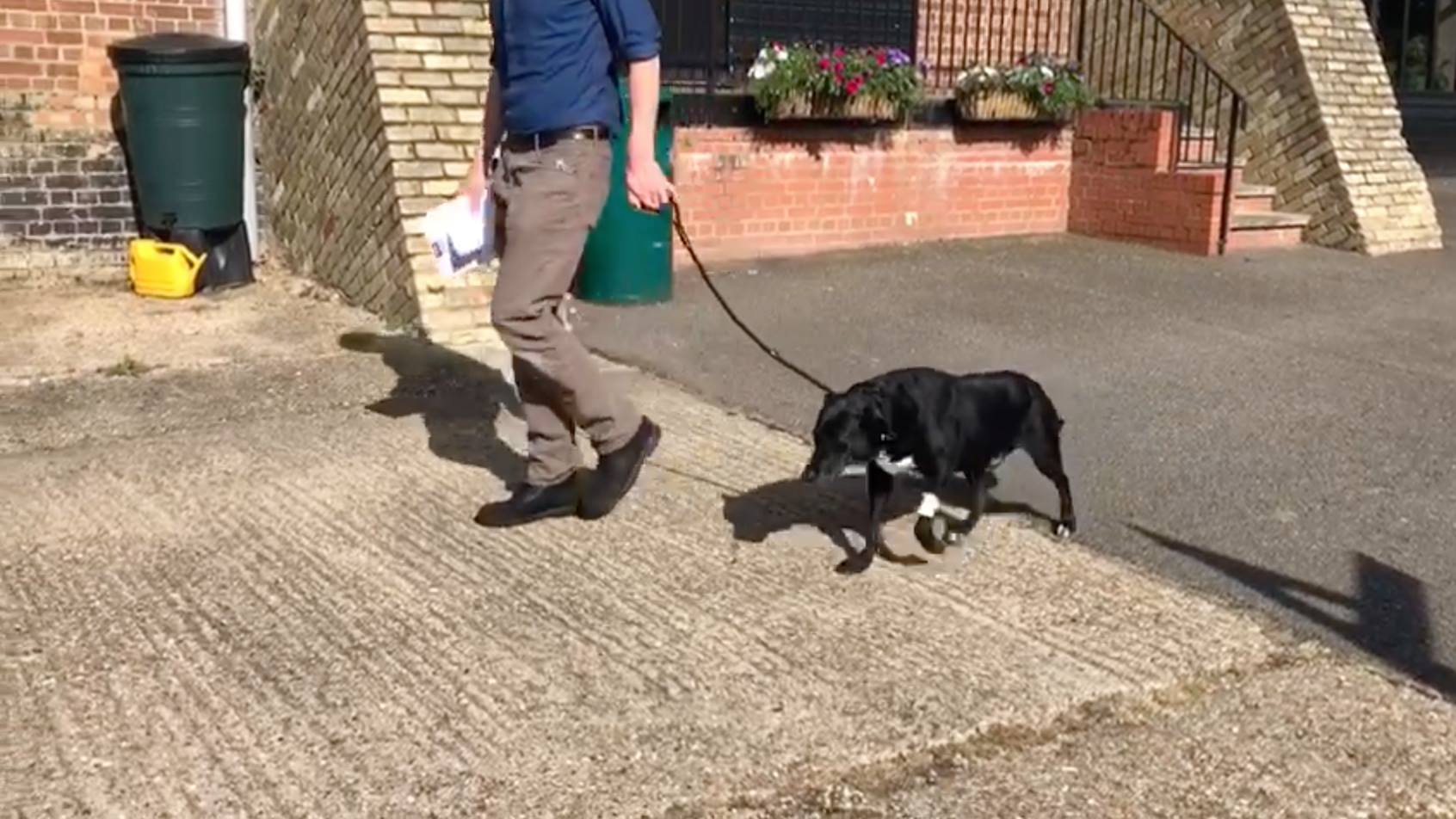 The initial neurological examination showed a weak and wobbly gait, with a short forelimb stride and poor coordination in his hind limbs. He didn’t appear to be in pain but the examination pointed to a problem affecting the spinal cord at the base of his neck.

An MRI scan of this area showed a large mass at the junction between the 6th and 7th neck bones, which was causing severe compression of the spinal cord. Whilst there was concern that Larry’s previous tumour – a soft tissue sarcoma on his right forelimb – could be related to this, chest X-rays showed no evidence of the tumour having spread and he was therefore scheduled for surgery.

The primary aim of surgery was to obtain a biopsy of the growth, with the secondary intention being removal if possible. Careful dissection down the spinal column from the upper side of Larry’s neck yielded a view of the spinal cord, which suggested that the mass could be removed in one piece. This surgery was carried out successfully after removing the roof and part of the wall of the spinal canal.

Larry was up and about the following day and, although unsteady, he showed signs of becoming stronger with each passing day and was sent home four days later. He continued his rehabilitation at home, with regular visits to see an animal physiotherapist, and is now back to being chief mischief-maker.

The mass was diagnosed as a lipoma, which is a benign tumour of fat.

“This is an unusual type of tumour, very rarely reported in dogs, but appears to carry a favourable outlook,” said Pete Smith. “It’s an outcome that should see Larry making the most of his twilight years.”