Corrective Surgery allows regurgitating puppy to keep his food down

Labrador retriever puppy ‘Dutch’ can now keep his food down, thanks to corrective surgery at Davies Veterinary Specialist to resolve a vascular ring anomaly causing compression of his oesophagus.

Dutch, who was just two months old, was referred to the Soft Tissue Team at Davies with a suspected persistent right aortic arch (PRAA) which was resulting in chronic regurgitation. Despite only being in his new home for a few days the tiny puppy had fast become a much-loved member of the Evans family in Bedfordshire and they were distraught to see that he was becoming very unwell.

To provide Dutch with the nourishment he needed they were having to give him a very liquid diet based on puppy milk and pate, hourly, from a raised bowl to prevent him from bringing it straight back up. 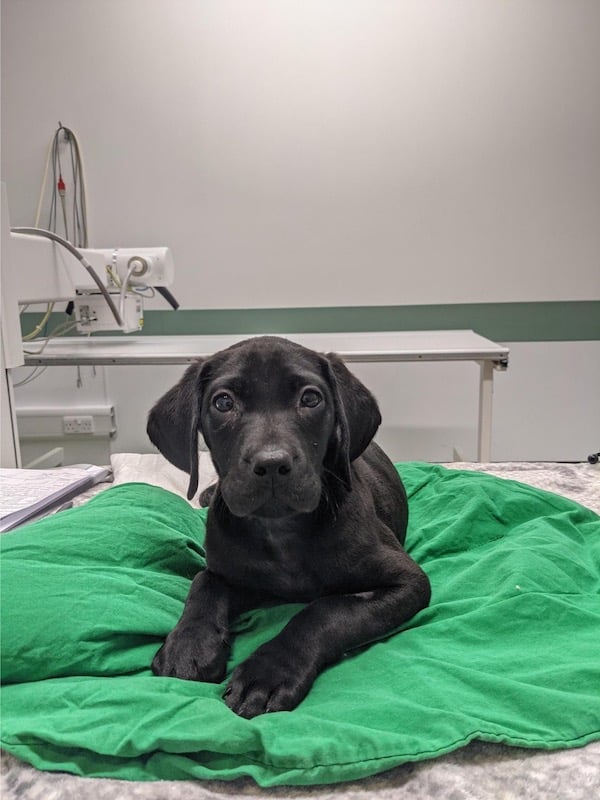 A radiographic swallowing study performed at their local practice, Higham Vets in Higham Ferrers, was highly suggestive of PRAA, so Dutch was swiftly referred to Davies for urgent investigations.

PRAA is a congenital disorder resulting from the failure of the foetal vessel to regress during the development of the neonate and is the most common type of vascular ring anomaly.

Dutch was bouncy and happy when he arrived at Davies and a heart scan didn’t reveal any heart problems. Davies’ soft tissue surgeon Javier Rincon Alvarez opened his little chest which confirmed the presence of a tight band of tissue was compressing the oesophagus causing the clinical signs.

“We ligated and transected the left ligamentum arteriosum and debrided several of the fibrotic bands that had formed over the oesophagus,” explained Javier. “We then passed an oesophageal stethoscope probe through to confirm the release of the stricture.”

The puppy was discharged the following day with instructions for strict rest for two weeks and continued postural feeding for 4-6 weeks but with a gradual increase in the consistency of the food and with the aim of eventually feeding Dutch from the ground. 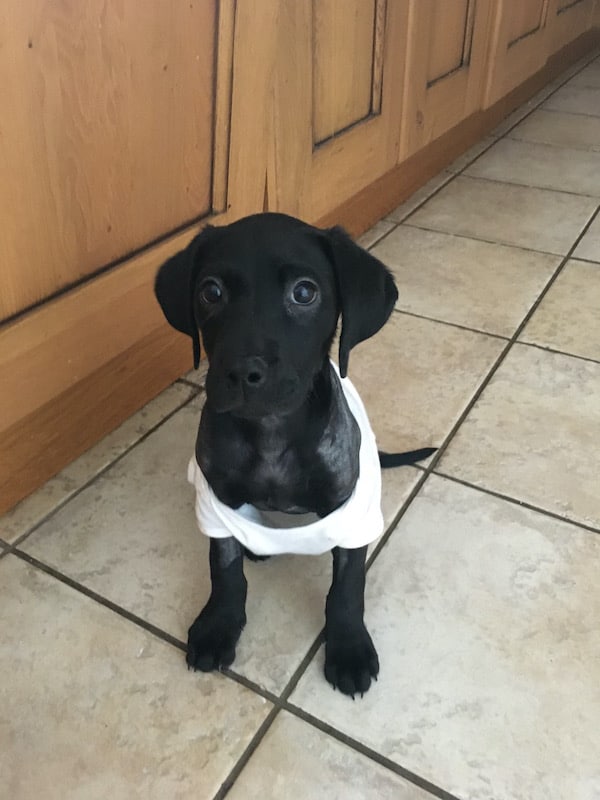 “Dutch’s condition was diagnosed promptly, and the surgery went well,” said Javier. His owners were very relieved, and Dutch is now leading a totally normal life.”

“Our special thanks go to the whole Team at Davies and especially Javier for his first-class work on Dutch, passion and confidence in being able to treat him,” said Dutch’s owner Will Evans. “He gave us much confidence whilst it was not guaranteed that Dutch would get through the treatment. His communication with updates in and out of hours was first class, giving us much comfort.

“Charly Taylor at our local Higham Vets was also brilliant at diagnosing the condition and referring Dutch to Davies so quickly.”

Now eight months old Dutch is thriving. “He enjoys his walks and is showing great promise in his training towards a life in field sports,” said Will. And he’s a real family pet who loves receiving fuss and attention, but equally gives it back in buckets loads!” 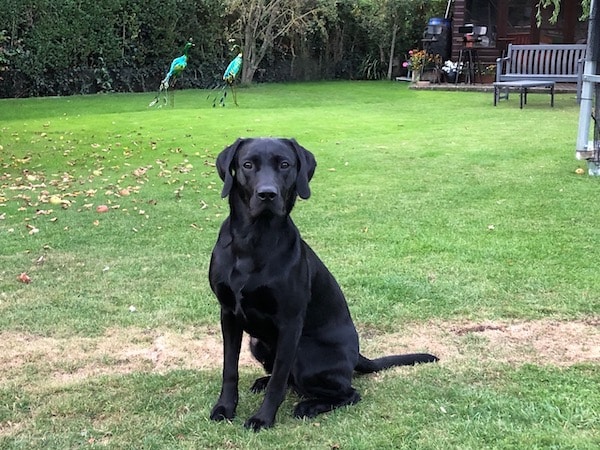