Ten-year-old cross breed dog Jenkins has been given a new lease of life thanks to skilful surgery at Davies Veterinary Specialists (Davies) to resolve a medically challenging case of Cushing’s disease.

Jenkins initially presented to the internal medicine team at Davies for management of poorly controlled, recently diagnosed, hyperadrenocorticism. His owner reported that Jenkins had been experiencing marked polyuria/polydipsia, polyphagia, lethargy and severe alopecia and erythema. Jenkins had been started on trilostane shortly prior to referral but his response to treatment had been disappointing. 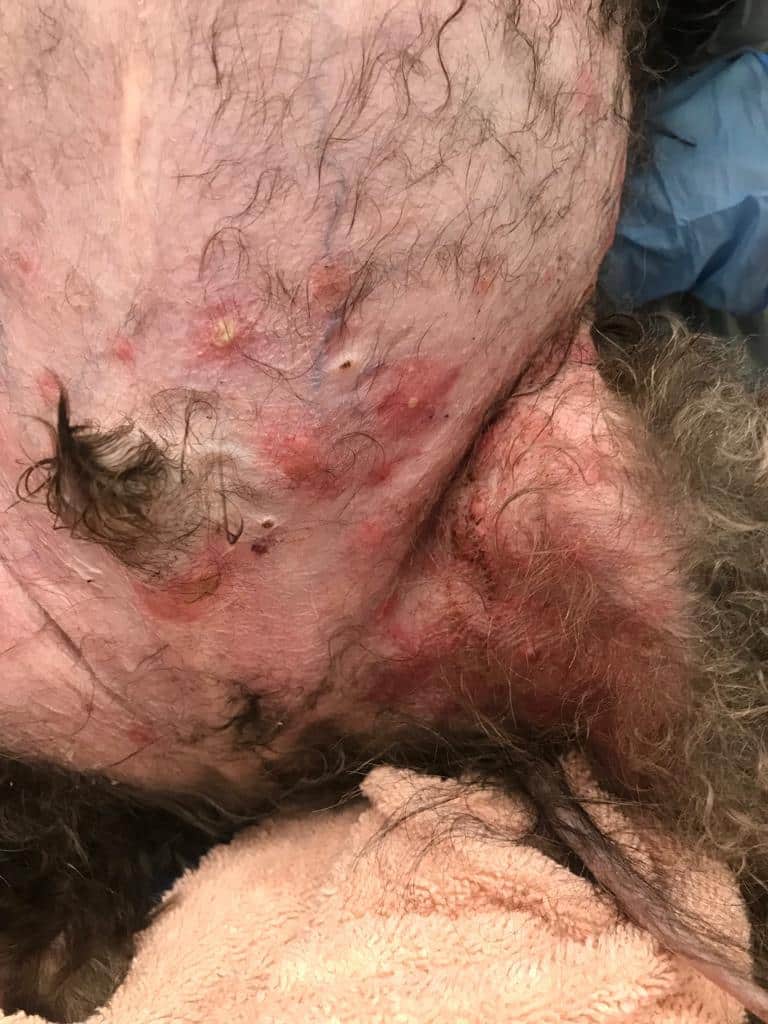 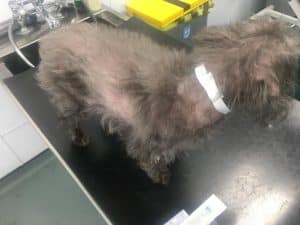 “Initially we continued to manage Jenkins medically in order to stabilise his disease further given his risks of anaesthesia and surgery,” explained Katherine Clarke, who is an internal medicine vet at Davies.

He was started on benazepril to manage this proteinuria and amlodipine was added to this when the benazepril alone was not controlling his hypertension. His pyoderma was treated with medicated shampoo and oral antibiotics. Clopidogrel was also started given the risk of thromboembolic disease associated with both hyperadrenocorticism and proteinuria.

Jenkins’ response to medical management was reasonable; his pyoderma resolved and his hypertension, polyuria, polydipsia, and polyphagia reduced.

“After a few months of medical management and close monitoring we felt that Jenkins was as stable as possible and thus elected to go ahead with adrenalectomy,” said Katherine.

Jenkins was operated on by European Specialist in Small Animal Surgery Carolyn Burton. Given the complexity of the surgery which included a venotomy of the caudal vena cava and the relatively high anaesthesia risks, an anaesthetist remained with him constantly. An intravenous, constant rate infusion of hydrocortisone was given peri-operatively given the risks of hypoadrenocorticism due to atrophy of the contralateral adrenal gland.

“Despite our concerns, the surgery and anaesthesia were relatively routine,” said Katherine. “Jenkins’ recovery was also very smooth, and he was discharged home a few days later.”

Histology of the adrenal mass confirmed that Jenkins had an adrenocortical carcinoma; despite this being a malignant neoplasm his prognosis is good.

“It is now two months since the adrenalectomy and he is going from strength to strength,” said Katherine. “He is no longer on trilostane, his polyuria/ polydipsia/ polyphagia and proteinuria have all resolved. His hypertension is now excellently controlled with amlodipine. His fur is re-growing and he looks younger every time we see him! 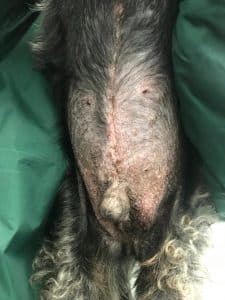 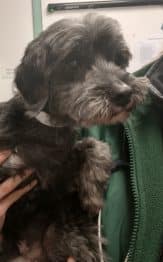 “Jenkins’ case is a reminder about the importance of performing diagnostic imaging in these cases to determine if the hyperadrenocorticism is pituitary or adrenal-dependent. Although adrenalectomy is far from risk-free it can result in a prolonged, favourable outcome, or even a cure in some cases. The metastatic potential of adrenocortical carcinoma is low, however, staging should be considered before surgery.”

Click here to find out more about our Internal Medicine service at Davies.