Lexi the Cockerpoo has TPLO surgery and physiotherapy during lockdown

A bilateral single session tibial plateau levelling osteotomy (TPLO) surgery, performed by Davies’ Orthopaedics team during lockdown, has given an acutely bilaterally lame Cockerpoo a sound future. The surgery was followed by rehabilitation at our on-site Therapy and Fitness Centre, including underwater treadmill therapy sessions. Four weeks on and Lexi is already walking well and on track to make a full recovery.

Seven-year-old Cockerpoo Lexi was referred to Davies’ Orthopaedics team following complications during recovery from a previous surgery to repair a cruciate ligament rupture in her left knee.

Jan Janovec, European Specialist in Small Animal Surgery and Head of Orthopaedics explains: “Lexi underwent surgery to stabilise her left knee, but luck clearly wasn’t on her side because during recovery she developed a rupture of the cruciate ligament in her right knee and also complications associated with the previous repair. By that time, Lexi was almost “off her back legs”, and was referred to Davies.”

Jan performed a TPLO procedure on both stifle (knee) joints during one anaesthetic. Inspection of the stifle joints revealed a complete rupture of the cranial cruciate ligament bilaterally. In addition, a tear of the medial meniscus was identified in the left stifle and was removed via a caudal pole hemi-meniscectomy. The stifles were stabilised using a routine TPLO technique. 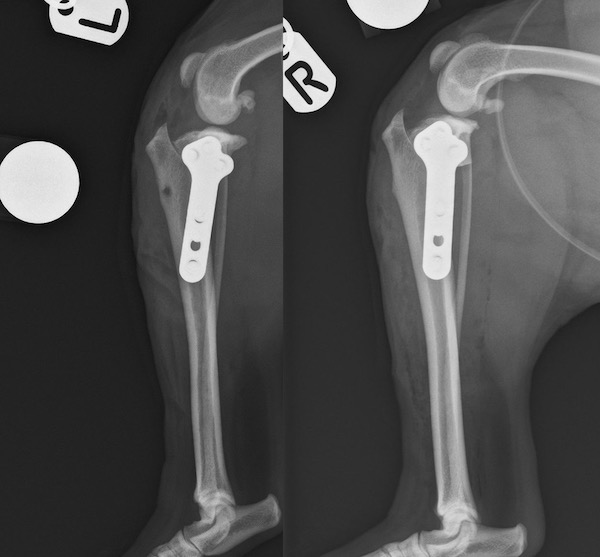 Twenty-four hours after surgery, the Davies physiotherapy team assessed Lexi, evaluating her pain levels, mobility and function in order to determine her rehabilitation needs. A detailed rehabilitation plan with accompanying video demonstration was then emailed to her owner. Remote support was provided for the subsequent three weeks before an on-site re-examination and the initiation of hydrotherapy.

“Lexi’s recovery has gone very well so far,” said Diane Messum, Head of Physiotherapy at Davies Therapy and Fitness Centre. “Four weeks post-surgery she is happily walking about and enjoying the underwater treadmill sessions. She still has a long journey (another nine weeks roughly) until she can go off the lead, but we are optimistic that she will make a complete recovery. It’s very advantageous to be able to work so closely with the surgical team to monitor every aspect of her progress.” 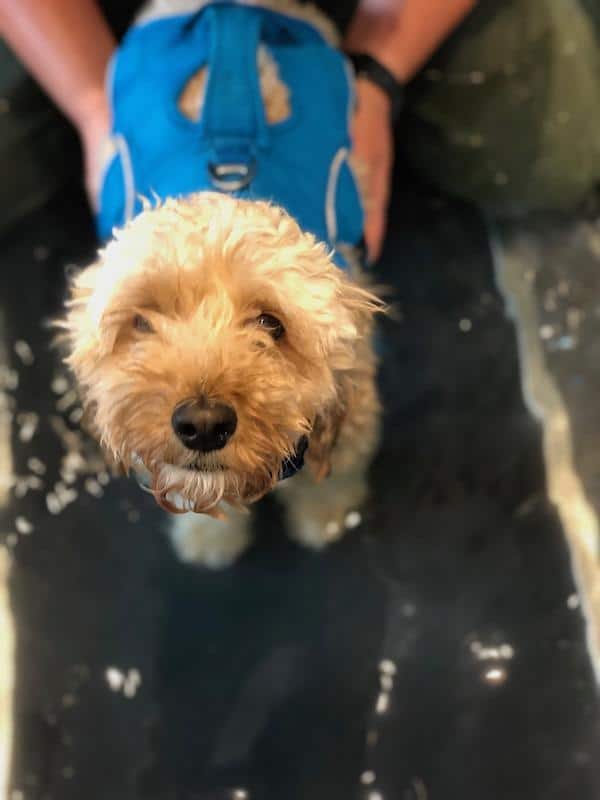 At Davies, we’re one of very few veterinary referral hospitals in the UK to have an on-site therapy and fitness centre where physiotherapy and rehabilitation can be undertaken, with close cooperation between specialist surgeons and skilled physiotherapists.

To find out more about our Therapy and Fitness Centre, visit https://vetspecialiststherapy.co.uk/

For more information on TPLO surgery, click here to read our Fact Sheet.