The Davies team have been sharing their animal rescue stories in aid of Change a Pet’s Life Day. We will be hearing from various team members on how they have changed an animal’s life for the better and how animals have enhanced their lives too. They hope it will help to encourage people to adopt or foster pets from shelters and raise awareness about animals in need.

If you want to get involved there are various ways you can help:

Adoption – by adopting a pet you will be giving them a permanent loving home.

Fostering – when fostering a pet this means you will be providing the first steps for the animal to have a safe loving place to stay. This also means you are freeing up spaces and beds in shelters allowing space for more animals to be rescued.

Volunteering – Volunteering allows you to get involved in a way that suits you best, this could be helping with fundraising or helping at a shelter. Whatever suits you will be a huge help to any shelter.

Donating – Any kind of donation either a one-off or regular donation is a huge help to shelters and rescues. 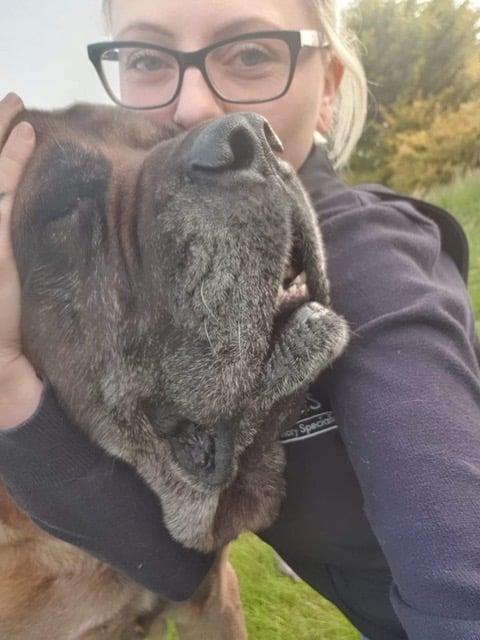 She took him on when he was in extremely poor condition and he remained under the care of Davies until he sadly passed away.

“He was the most forgiving dog I ever came across despite the abuse and neglect he experienced,” said Monika. “It was humbling to see how much love and trust he had to give and I am grateful that I had to opportunity to show him the love, care and compassion he deserved, in his twilight years.” 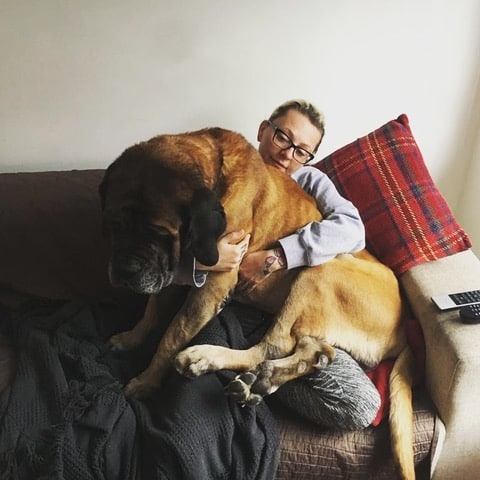 “I rescued Walter back in May 2018. He was nearly 11 years old. I found him on Facebook on one of the rescue pages. An organisation that was looking after him put him up for adoption as the owner could no longer take care of him. This is what I was told anyway. The truth was completely different.

Walter was once spotted by a gardener who raised concern that the dog was severely abused and neglected. Walter was left to sleep outside on the concrete floor with no shelter above his head and he was starved. He suffered with multiple health problems that had never been treated and led him to develop very painful eye ulcers and closed ear canals due to a very painful ear infection. He could barely hear and see, had skin ulcers and fungal skin infections. He was also diagnosed with soft tissue sarcoma and he had osteoarthritis all over his body causing painful lameness on all 4 legs.

The adoption organisation received only 2 applications for Walter. One of them was mine, which was at first rejected. This was despite my qualifications, commitment and years of experience in owning Mastiffs.

After 3-4 weeks I have received a devastating message that the lady who adopted him – rejected him without even saying hello to him when he arrived at her house.

Walter ended up with the gardener who kept him mainly in his garden… during this time no veterinary care was provided to Walter and he remained in pain and discomfort.

They eventually asked me if I still wanted him.

Within the next couple of days, I drove nearly 5 hours to collect him. When I collected him, he looked so poorly, but he was so happy and he came for cuddles. I cried like a child and put him in the car immediately. After almost a 6-hour drive back home, Walter was finally with me. He received the best care I could offer and Davies supported me throughout. I wouldn’t have been able to do it without the vets here.

He spent 3 weeks with me lavished with love, care, the best food, sunshine in the garden, adventures and slept on the most comfortable bed. Walter suffered with severe separation anxiety but I couldn’t let him upstairs to sleep with us as he was too fragile to manage the staircase. I slept on the floor with him and Kinder. He would snuggle up to me when I sang to him.

Nurses here at DVS, kindly let me bring him to work with me every day and I kept him in a spare kennel while I was working. He really loved being here and getting all the attention. Everyone absolutely loved him.

After 3 weeks I had to make the heartbreaking decision to let him go. He was in a lot of pain and, despite him trying so hard, I could see in his eyes how tired he was. He finally found his home and he settled and he just let go… It was too late to save him… his tumour wasn’t operable and leg amputation wasn’t an option as he was simply too fragile.

I decided to give Walter a chance because I’m very fond of elderly dogs. I think it’s a blessing to have a dog in general and a privilege to share our life with a dog in his golden age. I love Mastiffs and I care about their welfare especially when they are older and become fragile.

I now have a young, rescue Mastiff who also experienced a very difficult start in his life.

Walter massively impacted my life – he taught me not to give up and be the person I am and love dogs the way I do… he enriched my life and I have fond memories of the happy days that I had spent with him.” 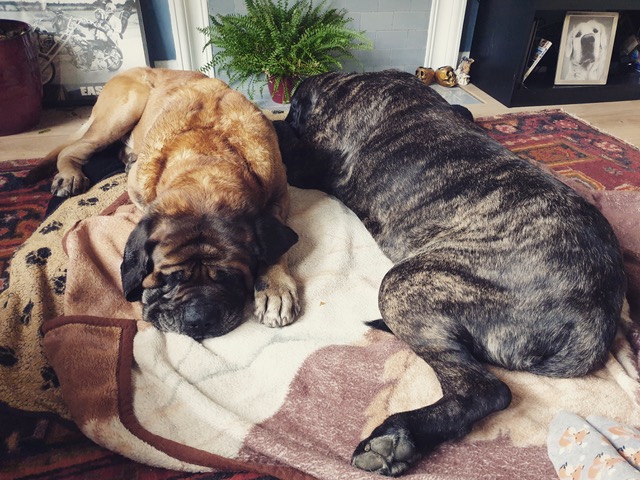 To read more of our team’s Change a Pet’s life stories, click here.